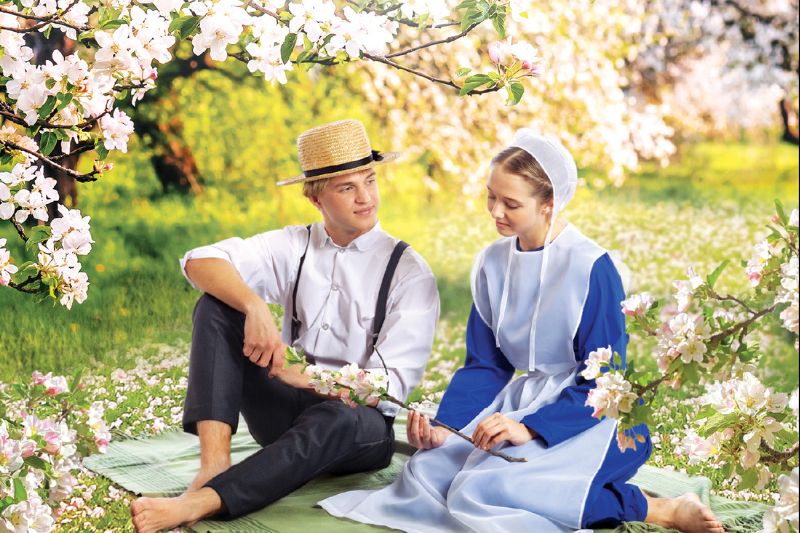 It’s been ages since I’ve read a new release from Beverly Lewis. If you are unaware, Lewis is the “founding grandmother” to most for the Amish fiction genre. Her early writings are what lead me to a love of reading! Unfortunately, I did not have the same zeal when starting her latest release, The Orchard. While the last one-third of the book was quite interesting, the rest of the book felt laborious to the this reader.

Set in the 1970s, The Orchard follows the lives of the Hostetler family and their careful tending to their vast orchard. Twins Ellie and Evan have always known that the orchard would one day be passed down to the next generation. But when Evan is drafted in to the Vietnam War, his family is horrified that he does not want to be a conscientious objector. How will the family cope? What will Ellie do without her twin by her side in all things, especially in the orchard?

I was given The Orchard in exchange for my honest review. As I mentioned earlier, Lewis is one of the reasons I even read to this day. So it pains me to not be able to give her a five-star review. The first two-thirds of the novel were paced achingly slow. Just about every meal consumed was mentioned in the greatest of detail. The plot lines and relationships were not complex, nor did they draw the reader in. It was all very predictable. The last portion of the book did finally pick up in pace, but that too left me wanting more detail. I would’ve preferred that Evan’s character be more fully fleshed out. The premise was GREAT, but I think a more solid story might have been in told in fewer pages. I’m still a Lewis fan, but The Orchard never really blossomed for me. 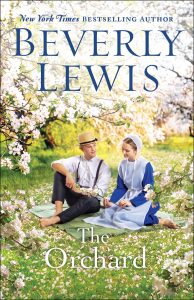 “She realized there was peace right here in the midst of this heavenly sort of place, despite the unpredictable storm churning around her family.”

For generations, Ellie Hostetler’s family has tended their Lancaster County orchard, a tradition her twin brother, Evan, will someday continue. Yet when Evan’s draft number is called up in the lottery for the Vietnam War, the family is shocked to learn he has not sought conscientious objector status, despite their Old Order Amish belief in non-resistance. The faraway war that has caused so much turmoil and grief among their Englisher neighbors threatens too close to home.

As Evan departs for boot camp, Ellie confides her disappointment toSol Bontrager, the brother of her best friend and cousin to her new beau, Menno. In contrast to Evan, Sol is a conscientious objector. Despite Ellie’s attraction to Menno, she finds herself drawn to Sol’s steady presence as they work together in the orchard. Suddenly, it feels as if everything in Ellie’s world is shifting, and the plans she held so dear seem increasingly uncertain. Can she and her family find the courage to face a future unlike any they could have imagined?