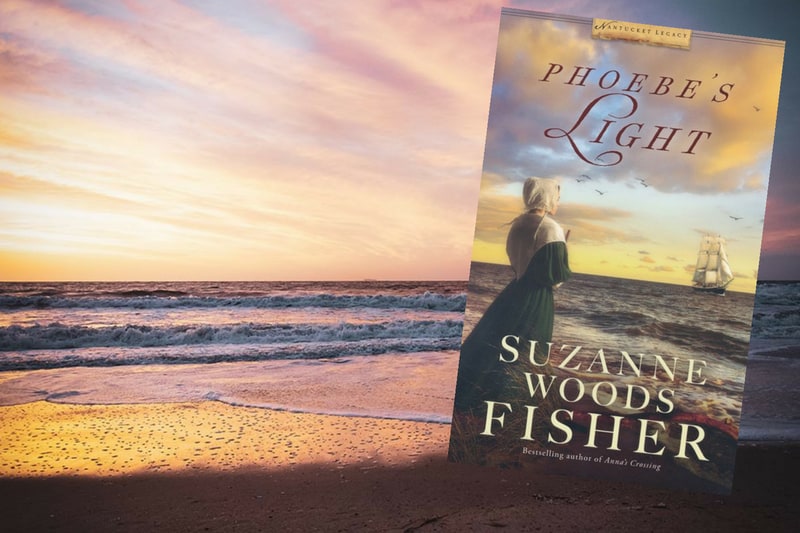 Okay, so I’ll admit it: I wasn’t looking forward to Suzanne Woods Fisher’s new Nantucket Legacy series. She is one of my favorite authors in the Amish genre and I was just fine with her staying there. Then she branched out into a Quaker series. Would it keep my interest? Would it be as stellar as her Amish series’? Would I be able to, honestly, recommend that others read it? Yes! Yes! Yes! Prepare to be amazed!

Phoebe Starbuck is a young woman loyal to her Quaker faith. One of her greatest desires is to marry Captain Phineas Foulger…even though many disagree with the match.

Matthew Macy, a cooper, is a once-friend of Phoebe’s. He has a troubled past and bugs the living tar out of Phoebe.

When both set sail on a whaling voyage on Captain Foulger’s ship (Matthew, as a cooper…and Phoebe, as the captain’s new wife), it’s full-on adventure…but not the kind Phoebe was hoping for. She has brought along her great-grandmother’s diary to read – and the secrets revealed are intriguing…and disturbing.

I was given Phoebe’s Light in exchange for my honest review. I thought it was outstanding. Although I didn’t think I wanted to learn about whaling, I found the subject quite fascinating. I’m now rather sure Suzanne Woods Fisher could write about the phone book and make it exceptional! The characters are winsome, heroic, thoughtful…and sometimes dangerous. All the makings of a phenomenal kick off to Fisher’s first book in the series. Book Two (Minding the Light) just released – look for my review on that novel soon!