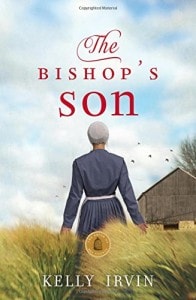 The story behind The Bishop’s Son goes back to the days when I first decided to write Amish fiction. Some of my writer friends were very surprised. They had questions. Had I examined the Amish faith? Was I sure they were “true” Christians? What about the fact that they don’t evangelize? Aren’t we called to win the lost and make disciples? I did my due diligence. I did my research, and I found that the Amish are devout Christians who live by scripture and, in particular, the New Testament Gospels. Like all Christian denominations, they have their set of rules and rituals. One big difference is they don’t judge the rest of us on ours. I sometimes feel like we are the modern day Sadducees and Pharisees, so concerned with rules that we lose sight of the meaning of true faith. The Amish let their lives and their faith be their examples to the world.

All this percolated in my brain through two series of books. Finally, it bubbled to the top. What if a young Amish man feels he is called by God to become a minister? He feels he is called to win the lost and make disciples. Amish ministers are chosen by lot. No man would be so arrogant as to suggest God called him to do anything. The Amish are humble folks. They also are obedient. So Jesse Glick has this powerful feeling in his gut that he must do this. In order to be a minister, he will have to give up everything, his Amish faith, his family, and possibly the woman he loves.

Luke 14:26-27 says “if anyone comes to me and does not hate his own father and mother, and wife and children, his brothers and sisters—yes even his own life—he cannot be my disciple.”

Hate is a strong word. Jesse ponders it. So do I. The commentaries say it means we must fling aside anything that gets in the way of our eternal salvation. God calls us to do big things. We need to do them. We must do them. Leila loves Jesse, but she also loves her family and her way of life. She has to ask herself if she loves God more.

These questions became the story that is The Bishop’s Son. It’s a story of faith, obedience, and a powerful love. My hope is that it sparks thought and conversation and prayer by readers who ask themselves what they would be willing to give up to follow Jesus. 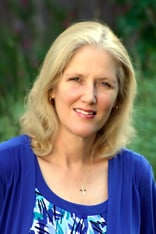 Kelly Irvin  is the author of the critically acclaimed The Beekeeper’s Son, called “a beautifully woven masterpiece” by Publishers Weekly. The book is the first of three in The Amish of Bee County series from Zondervan/HarperCollins. Kelly also penned the Bliss Creek Amish series and the New Hope Amish series, both from Harvest House Publishing. She has also authored two inspirational romantic suspense novels, A Deadly Wilderness and No Child of Mine.

The Kansas native is a graduate of the University of Kansas School of Journalism. She wrote nonfiction professionally for more than thirty years, including ten years as a newspaper reporter, mostly in Texas-Mexico border towns. She has worked in public relations for the City of San Antonio for twenty-one years. She is a member ofAmerican Christian Fiction Writers (ACFW) and serves as secretary of the local chapter, Alamo Christian Fiction Writers.