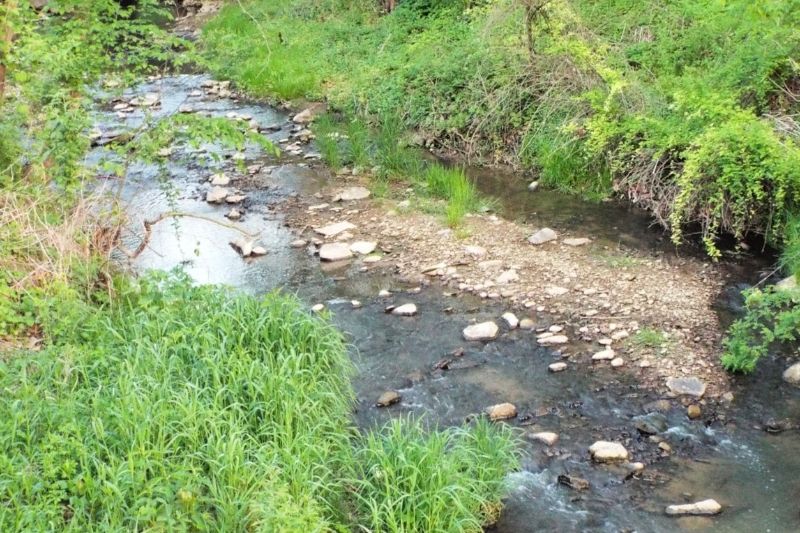 Welcome to Holmes County, the setting of my newest book, “Softly Blows the Bugle.”

This is the third book in the series, The Amish of Weaver’s Creek, set in a fictional corner of Holmes County during the Civil War. The first two books tell the stories of Jonas Weaver, who left home to join the Union Army in the early years of the war, and Ruby Weaver, his independent sister.

“Softly Blows the Bugle” is about Elizabeth, Ruby’s younger sister. After she had heard of her husband’s death in Vicksburg, Mississippi in 1863, she had felt nothing but relief that her marriage was over. She has no interest in marrying again, except that she is sorry to let go of her deepest desire: a family of her own.

When Jonas returns home at the end of the war, after spending those years working as a medic, he brings home a friend, Aaron Zook. But Aaron, on his way to the West, was severely wounded in the war and isn’t sure how he will live his new life with only one leg. He stops in Weaver’s Creek to heal and gain strength, but his physical recovery isn’t the only benefit from living in the peaceful community.

Another newcomer to the Weaver’s Creek area is Solomon Mast, a widower from Lancaster County, Pennsylvania, who purchases the farm adjoining the acreage Elizabeth had inherited from her husband. Solomon seems to be the answer to Elizabeth’s unfulfilled dreams. His interest in her and willingness to become a part of the local Amish community shows Elizabeth that this is a man she could marry. A man her parents would approve of.

As Solomon’s courtship of Elizabeth becomes apparent to the whole community, Aaron realizes that he has a battle to fight: the battle for Elizabeth’s heart. Through the process, he finds a connection with his Amish ancestors and a faith in God that his mother had modeled for him when he was a young boy.

“Softly Blows the Bugle” is all about healing. During the years of war, lives were lost, homes destroyed, and dreams delayed. But as the members of the Weaver’s Creek community put their trust in God, they see how He makes all things work for good.

I hope you enjoy this story of love, healing, faith, and redemption, and that you will feel at home in Weaver’s Creek. 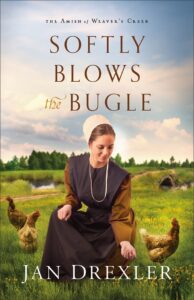 Welcome back to the Amish community at Weaver’s Creek, where the bonds of family and faith bind up the brokenhearted.

When Elizabeth Kaufman received the news of her husband’s death at the Battle of Vicksburg in 1863, she felt only relief. She determined that she would never be at the mercy of any man again, even if it meant she would never have a family of her own. Then Aaron Zook comes home with her brother when the war ends two years later.

Despite the severity of his injuries, Aaron resolves to move West and leave the pain of the past behind him. He never imagined that the Amish way of life his grandfather had rejected long ago would be so enticing. That, and a certain widow he can’t get out of his mind.

Yet, even in a simple community, life has a way of getting complicated. Aaron soon finds that while he may have left the battlefield behind, there is another fight he must win–the one for the heart of the woman he loves.

Jan Drexler brings a unique understanding of Amish traditions and beliefs to her writing. Her ancestors were among the first Amish, Mennonite, and Brethren immigrants to Pennsylvania in the 1700s, and their experiences are the inspiration for her stories. Jan lives in the Black Hills of South Dakota with her husband, where she enjoys hiking and spending time with her expanding family. She is the author of The Sound of Distant Thunder, The Roll of the Drums, Hannah’s Choice, Mattie’s Pledge (a 2017 Holt Medallion finalist), and Naomi’s Hope, as well as several Love Inspired historical novels.