An interview with Sarah Sundin,
Author of In Perfect Time

When you can’t get over the mistakes of your past, it’s nearly impossible to accept the gifts of the present. In her final installment in the Wings of the Nightingale series, In Perfect Time (Revell/August 1, 2014/ISBN: 978-0800720834/$14.99), Sarah Sundin introduces readers to two characters entrenched in the perils of World War II who are forced to confront their inability to receive the love and grace of God.

Q: All of your books are set during World War II — what is it about that era that draws you in?

It was a time of such intensity, of great upheaval and of great unity, a time that showed humanity at its most cruel and depraved — and at its most noble and heroic. Ordinary men stepped out of their ordinary lives and discovered they could do extraordinary things. Women tried on exciting new roles, learned new things about themselves — and yet remained ladies. It was a time of drama, daring and romance.

Q: What is the overall spiritual theme or message in this new book, In Perfect Time?

Both Kay and Roger feel they don’t deserve God’s gifts. Kay feels unworthy of God’s love and His mercy. While Roger has accepted God’s forgiveness, deep inside he doesn’t believe he deserves God’s grace, His blessings, His gifts. Both Kay and Roger learn that God doesn’t give to us because we’re good, but because He’s good. They can’t earn His gifts — and they should wholeheartedly embrace the gifts He gives.

Q: Was there a particular Scripture verse that inspired you as you wrote this book?

Although I never quoted it in the novel, a verse that underlies so much of this story is James 1:17: “Every good gift and every perfect gift is from above, and cometh down from the Father of lights.” Another important theme verse that is quoted in the novel and is crucial for both Kay and Roger is Romans 5:8: “But God commendeth his love toward us, in that, while we were yet sinners, Christ died for us.”

Q: Your main character, Kay, is actually a bit of a flirt, so much so that it’s impacting her career as a nurse. What drives her to seek out so much male attention?

A bit? She’s an extreme flirt! Throughout the course of the novel, Kay reveals exactly what makes her tick. For Kay, collecting men’s hearts gives her a sense of control and also serves as a form of rebellion against her overbearing father.

Q: Readers will get a sense she is also very wary of making any sort of commitment to a man. What is the basis for this fear? Do you think single women in our culture today will be able to identify with her feelings?

Women — and men — can have many reasons for avoiding commitment, such as deep hurts from past relationships or a history of abuse. For Kay, it boils down to a fear of losing control, of not being in charge. I see this more and more frequently nowadays. Women value their independence and strength, and sometimes men and relationships are seen as a threat or a hindrance to what they’ve built. I think a lot of women will relate to Kay.

Q: In the book we see a tension between those who have faith and those do not; why are people sometimes so sensitive when their friends try to talk about their faith?

Many people have been hurt by bad experiences at churches or with believing friends or family members, but for many people it once again comes down to the issue of control. Christianity requires surrender to God—to His teachings, His ways, and His will. That’s unacceptable to a lot of people.

Q: What can we learn from Kay’s relationships that we can apply to our own friendships with non-Christians?

When Christians run into trouble is when we treat non-Christians as projects to be painted white or as evils with black paint to be avoided. I like Mellie’s approach with Kay the best. Throughout the Wings of the Nightingale series, Mellie and Kay have been good — if odd — friends. Mellie rightly understands that something in Kay’s past has made her skittish about God. She doesn’t hide her faith or apologize for it, and she offers occasional advice or comments — but she respects Kay and backs down when Kay doesn’t want to hear it. As a result, after almost two years of friendship, when Kay has questions about God, Mellie is the person she turns to.

Q: You write in this book about the tensions that can exist between a father and daughter. How can that influence how a woman views God? Other men?

It’s often said that our impression of our heavenly Father is strongly influenced by our earthly fathers. We tend to subconsciously transfer the strengths and weaknesses of our earthly dads onto the Lord. Unlike God, even the most loving dads have weaknesses that can skew the child’s impression of the Lord. When the earthly dad is cold or cruel or abusive, the child can be leery of God. For Kay, this is a serious problem, one she isn’t even aware of. And awareness is the cure. We must recognize this natural human tendency, then carefully extract the negative traits we’ve unwittingly placed on our perfect God. Immersing ourselves in the Bible and in prayer shows us the truths of who God actually is.

Q: The two main characters connect over difficult pasts. How would you encourage readers to allow God to use their pasts to minister to others?

This is one of my favorite parts of the story. Roger is ashamed of his past and is terrified history could repeat itself. He’s built walls to protect himself from temptation, and he guards his secret past closely. Although he tries to avoid Kay, he slowly sees her hurt and realizes his story might be just what she needs to hear. Revealing his past to her is painful, but it benefits Kay — and ultimately benefits Roger too as he wrestles with the truths he still needs to learn.

Bad things have happened to all of us, and we’ve all done bad things. Rather than live in regret, I choose to use those negative experiences to help others. Only through my hurts can I comfort the hurting. Only through my shame can I help someone burdened by shame. Only through my sins can I point the sinner to forgiveness. As King David says in Psalm 51:11-12, in his confession after his sin with Bathsheba, “Restore to me the joy of your salvation and grant me a willing spirit, to sustain me. Then I will teach transgressors your ways, so that sinners will turn back to you.”

Q: This is the final book in the Wings of the Nightingale series. Is it sad for you when you complete a series as it is for some readers?

Absolutely! The initial story ideas came to me in 2006, so I’ve been hanging around with my Nightingales for many years, getting to know them and developing their stories. Now those stories are told, and yes, I’m sad. Writing the final chapter of In Perfect Time was an act of bittersweet mourning for me. I still miss my character friends from Wings of Glory, my first series — even as I’m making new friends with the characters from Waves of Freedom, my upcoming series. 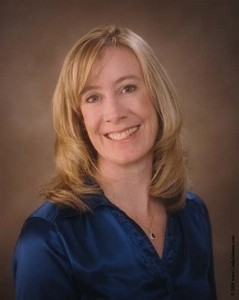 Interview with Sarah Sundin, Author of In Perfect Time http://t.co/2T1DJmPANo via @Michelle__Dawn

2 thoughts on “Interview with Sarah Sundin, Author of In Perfect Time”