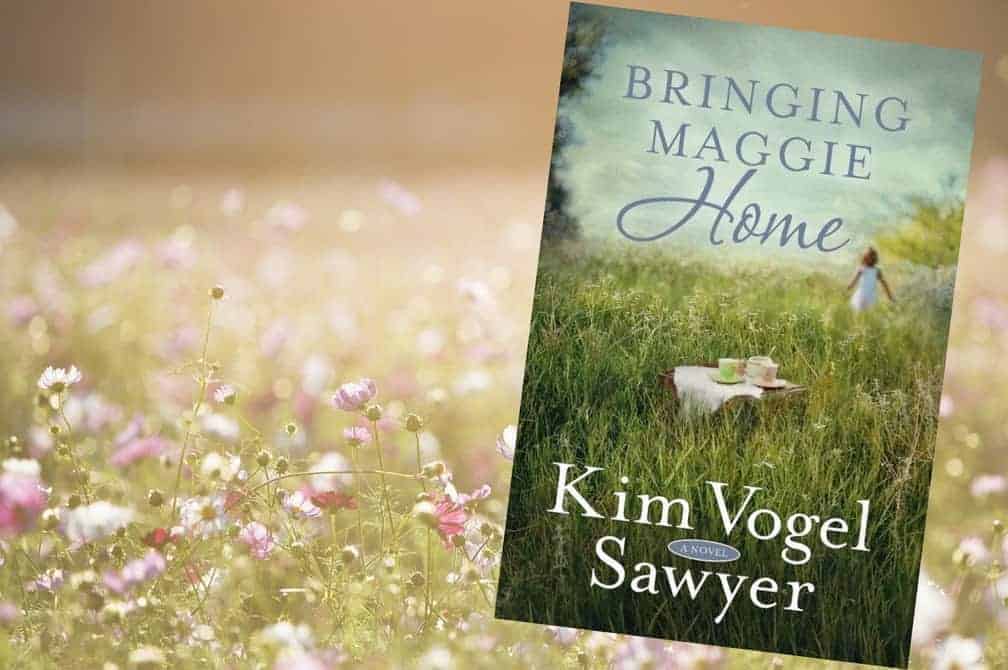 Cast your book as a movie – who would play your main characters and why?

If Bringing Maggie Home appeared on the Big Screen, I would like to see Olympia Dukakis as Hazel. The actress’s appearance and spunk match Hazel perfectly. Margaret Diane would be best played by Sandra Bullock because I think Sandra could manage to be both snarky and sympathetic. Meghan’s a little tougher, but I think Lily Collins, who played Sandra Bullock’s daughter in The Blind Side would fit Meghan’s character well—tough underneath but innocent-looking on the outside. And Sean, Meghan’s partner, absolutely Will Estes, who currently stars on Blue Bloods as the youngest Reagan son. He’s already familiar with playing a police officer, and if we cast him, and if I got to visit the set, he MIGHT introduce me to Tom Selleck. That would be a win-win. Kim Vogel Sawyer is a highly acclaimed, best-selling author with more than one million books in print, in several different languages. Her titles have earned numerous accolades including the ACFW Carol Award, the Inspirational Readers Choice Award, and the Gayle Wilson Award of Excellence. Kim lives in central Kansas with her retired military husband Don, where she continues to write gentle stories of hope and redemption. She enjoys spending time with her three daughters and grandchildren.

Find out more about Kim at http://www.kimvogelsawyer.com/.

Decades of loss, an unsolved mystery, and a rift spanning three generations

Hazel DeFord is a woman haunted by her past. While berry picking in a blackberry thicket in 1943, ten-year old Hazel momentarily turns her back on her three-year old sister Maggie and the young girl disappears.

Almost seventy years later, the mystery remains unsolved and the secret guilt Hazel carries has alienated her from her daughter Diane, who can’t understand her mother’s overprotectiveness and near paranoia. While Diane resents her mother’s inexplicable eccentricities, her daughter

Meghan—a cold case agent—cherishes her grandmother’s lavish attention and affection.
When a traffic accident forces Meghan to take a six-week leave-of-absence to recover, all three generations of DeFord women find themselves unexpectedly under the same roof. Meghan knows she will have to act as a mediator between the two headstrong and contentious women. But when they uncover Hazel’s painful secret, will Meghan also be able to use her investigative prowess to solve the family mystery and help both women recover all that’s been lost?

Learn more and purchase a copy.