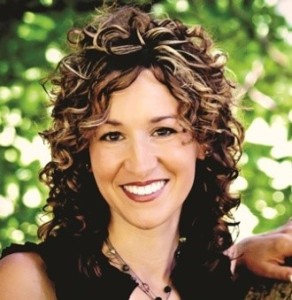 When the noose of your secrets begins to tighten, it can cut off any hope for freedom and love in the future. Letting the light of truth sever your unhealthy tie to the past is a major theme of award-winning author Sarah E. Ladd’s book A Lady at Willowgrove Hall (Thomas Nelson/October 7, 2014/ISBN: 978-1401688370), the third and final installment in the Whispers on the Moors series. Set in Great Britain’s Regency era, A Lady at Willowgrove Hall perfectly conveys the romantic sensibilities of that time.

Q: A Lady at Willowgrove Hall is the third book in the Whispers on the Moors series set during the Regency period. What years are considered to be Regency, and what were some of the historical events that took place during the time period?

The Regency era took place in England from 1811 to 1820. It was called that because when King George III was deemed unfit for the throne, his son, the Price of Wales, ruled in his stead as the Prince Regent. England was engaged in the Napoleonic War against France, and they were also at war with the American colonies in the War of 1812. The Industrial Age was in full swing, and the Romantic Movement was shaping the literature, art and music of the day.

Q: What about the Regency period interested you most and made you want to write about it?

I have always been a fan of Romantic British literature and enjoy the Romantic Movement in general, which, again, fell during the Regency era. I have read the literature and the poetry of this time period extensively, and those works had a profound influence on me. If I had to pick one favorite author, I would have to choose Charlotte Brontë, although Jane Austen is a very close second.

Change — socially, politically and economically — was rampant during the Regency period. It was also a time where the great excesses of the wealthy class sharply contrasted against the rioting and social upheaval among the poor. All in all, it was a setting ripe with opportunities for compelling story-telling! 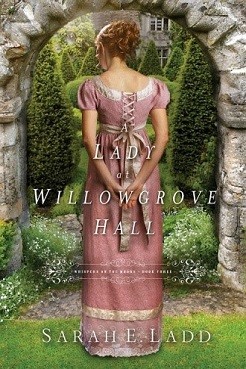 Q: Both of your main characters struggle with secrets from their pasts. Why do you think people try to hide from their past mistakes when most of the time, freedom is found in living in truth?

In this book, the characters kept secrets out of fear. They were well aware of the potential repercussions if their secrets were ever exposed, so they went to great lengths to hide them. While they thought they were protecting themselves, they were actually creating their own prisons. I think this is one of the big reasons people keep secrets from those they love — they are afraid of how others will respond. In order to connect with others, though, you must be willing to be vulnerable and give others the opportunity to look beyond your past.

Q: How does holding secrets isolate us from others?

In the novel, one of the characters, Mrs. Trent, says, “Some secrets are like a noose. The more you resist, the more they strangle you.”  She said this in reference to her own painful experience with a secret she had been harboring. She was fearful of what others would say if the truth ever came out, and it kept her from forming relationships with others.  She allowed the secret to fester and gain power over her, which led to a life of loneliness. In this sense, she cut herself off from others. When we are so afraid to share the truth about ourselves with others, we are not allowing others to know the “real” us, which prevents us from those truly meaningful relationships that bring so much joy to life.

Q: During the Regency period, a woman was defined by her reputation. Is that still true today?

It is true; during this era a woman was defined by her reputation. A soiled reputation could lead to a life of poverty and isolation. Today, while it can still be difficult to rise above a damaged reputation, the repercussions are not as harsh. I think a lot of this has to do with the fact that women are not as reliant upon men as they were during the Regency. Women have options today, whereas during the Regency period, women were completely dependent upon the men in their lives; if their reputation was soiled and they could not find a good husband, they were essentially condemned to a difficult, lonely life.

Q: Your heroine, Cecily, is thrust from her home by her father because of a childish, albeit rebellious, act. What advice do you have for those who are dealing with rejection?

Rejection is very painful, and that pain can leave lifelong scars. Sometimes rejection can come as a result of a specific action, and other times there is no reason. If we look to others to find our value or purpose in life, we will be disappointed. People will let us down, but if we look to God to find value and worth, we can find rest and acceptance.

Q: Feeling dismissed by her earthly father taints the way Cecily imagines God’s response to her bad decision. How is this true of all of us?

Children are undoubtedly shaped by their relationship with their parents. They look to their mother and father for acceptance and guidance, so when a parent rejects them, they could fear no one could possibly accept them. For Cecily, this was definitely the case, and she felt so tarnished she didn’t think God could love her. All of us experience rejection at some point in our lives, and what is important to remember is God will not turn his back on his children.

Q: What do you hope readers learn from A Lady at Willowgrove Hall about God’s love and redemption?

Even though someone’s past may be shameful or full of secrets, there is hope. God can take the darkest pasts and turn them into bright futures. No one is so terrible they cannot find redemption in God’s love and grace.

Q: Your books beautifully capture the atmosphere of British culture. Have you been able to travel to Great Britain? How did that affect your writing?

When I was in college, I went to England and Scotland for a three-week course in British literature. While there, the class visited several of the major literary attractions and studied them in-depth. Even though I was not writing at the time, the trip had a profound effect on me, and it was truly a life-changing event.

Q: You have two careers: one as a writer and one in strategic marketing and brand management. What advice do you have for other aspiring writers who choose to keep their “day job”?

Don’t give up — it can be done!  The biggest piece of advice I can give is to plan ahead. Make a schedule of writing times and goals and stick to it — write every day, even if it is just for fifteen minutes. The good news is it gets easier with practice. So set goals. Make mini-deadlines for yourself — and be sure to track your progress! You’ll be surprised at how far you can go.

Q: Readers have fallen in love with your Whispers on the Moors series. Will there be a fourth book? Is there anything you can tell us about what might come next?

A Lady at Willowgrove Hall is the final book in the Whispers on the Moors series, but I am happy to say I am hard at work on another series titled Treasures of Surrey, which will be published by Thomas Nelson. The first book, The Curiosity Keeper, will release the summer of 2015.

Keep up with Sarah E. Ladd by visiting www.sarahladd.com, becoming her fan on Facebook (Sarah Ladd Author), or following her on Twitter (@SarahLaddAuthor).

Thank you so much for the interview Sarah!
Readers, would you like a chance to win a copy of A Lady at Willowgrove Hall?
Leave a comment below to enter…easy peasy!
Share this post for EXTRA chances and be sure to leave a comment if you do.

*Contest is only open to US residents*

An Interview & Giveaway with Sarah E. Ladd, Author of A Lady at Willowgrove Hall http://t.co/JfjS0xAglu

84 thoughts on “An Interview & Giveaway with Sarah E. Ladd, Author of A Lady at Willowgrove Hall”